3. Jeff Cohn opens up his in-person training sessions to agents from other brokerages.

According to Omaha’s Elite Real Estate Group team leader Jeff Cohn, a new agent’s typical reaction is, “I can’t believe this was always here, and I didn’t know about it.”

What they didn’t know about was the system created by Cohn that helps agents maximize their effectiveness in an environment that supports as well as challenges them. An essential component of that system is dotloop for Teams, which enables each member to focus on their most important tasks.

In 2011, Jeff Cohn was a successful real estate agent by almost every measure. After five years, he’d become one of the top producers at his Omaha brokerage, making more than $300,000 per year.

But working six days a week was not leaving time for other important things in his life, like spending time with his kids.

Cohn thought that if he could build an agent team, he could delegate some of his work to recover this valuable time. Plus, being an effective leader would enable his team members to replicate what had made him so successful. Everyone would reap the benefit.

Within two months of starting the team, Cohn had recruited six agents, which allowed him to focus on refining his system and growing the team. By the next year, the team had expanded from 80 to 245 transactions and doubled its agent count to 12. They doubled again and again, and now with 50 agents onboard, Omaha’s Elite Real Estate Group is the No. one team in Nebraska. They are the second-ranked team in all of Berkshire Hathaway and on track to closing more than 1,000 transactions this year.

Cohn realized that the team could work more effectively when they were basing their decisions on data and utilizing well-tested systems to guide their workflow. Each team member could then concentrate on their most important activities and do them in the most efficient way.

But people are not machines, so Cohn also created a culture in which each team member feels nurtured and engaged, but is also held accountable for meeting their own goals. For example, the team regularly ties their daily task performance to their long-term goals.

“Each member of our team has a dream board, which they’ve shared with everybody else. With the help of their success coach, they’ve figured out the weekly goals they’ll need to meet to realize those long-term dreams. When someone fails to do the work, we ask them which long-term dream they want to remove from their board.” -Jeff Cohn

Technology also plays a vital role in the team infrastructure, starting with the core responsibility of any real estate professional — completing the home sale transaction quickly and with full compliance.

The Heart of the System: dotloop’s Team Dashboard

An essential part of Cohn’s team system is the dotloop Team Dashboard. As the industry’s end-to-end transaction platform, dotloop ensures that each of the team’s pending transactions (about 100 at any given time) are progressing on schedule.

“Using dotloop, one of my agents can have an offer drawn up, signed and on its way in about 10 minutes.” -Jeff Cohn

Having used a standard dotloop account as a Berkshire Hathaway agent, Cohn was already familiar with the platform. And when he learned about the broker-level features on the Team Dashboard, he was excited to upgrade. The team version allows him to automatically assign tasks based on team roles, for both agents and back office personnel. It then gives leadership and admins insight into each deal, providing at-a-glance views of what needs to be completed by whom, and giving Cohn up-to-the-minute metrics for holding team members accountable.

Another key feature is dotloop’s seamless integration with the team’s CRM platform, BoomTown.

“All the customer data is automatically added to the loop, and it allows us to analyze our data to make smarter business decisions. This is huge for us.” – Jeff Cohn

The reason Cohn started Omaha’s Elite Real Estate Group in the first place was to gain efficiency in his own work life. His system is now doing that for everyone on his team. Cohn reports that they will be able to complete 1,000 transactions this year with only two transaction coordinators. By comparison, the industry standard is one transaction coordinator for about every 250-300 deals per year.

New agents want to join Cohn’s team for two reasons. First, they are attracted to the supportive and challenging culture. And second, they want to work in his incredibly productive system.

“When we show them how our team is optimized so that each agent is doing only those activities that are the highest income-producing, they want to come onboard. And dotloop is a key component of our system.”– Jeff Cohn

Cohn’s leadership model has proven so effective that he created a separate coaching company to meet the demand. Through Elite Real Estate Systems he conducts elite training, hosts monthly workshops, and leads a popular team-building podcast. Through these resources, Cohn has influenced thousands of agents, team leaders, and brokers across the country—and the number is growing. Extensive training (both free and paid) on every aspect of running a successful real estate business can be accessed through the company’s site.

Real estate has changed dramatically in the past few years and teams like Omaha’s Elite Real Estate Group have been part of that change.

“The traditional real estate office is soon going to be replaced by virtual tools. Pretty soon, the bricks and mortar building will only be the place you house your support staff. Agents are going to be able to attend meetings virtually. Clients are already pushing for things to be done virtually. And brokers will have to provide training, support and value virtually.” – Jeff Cohn 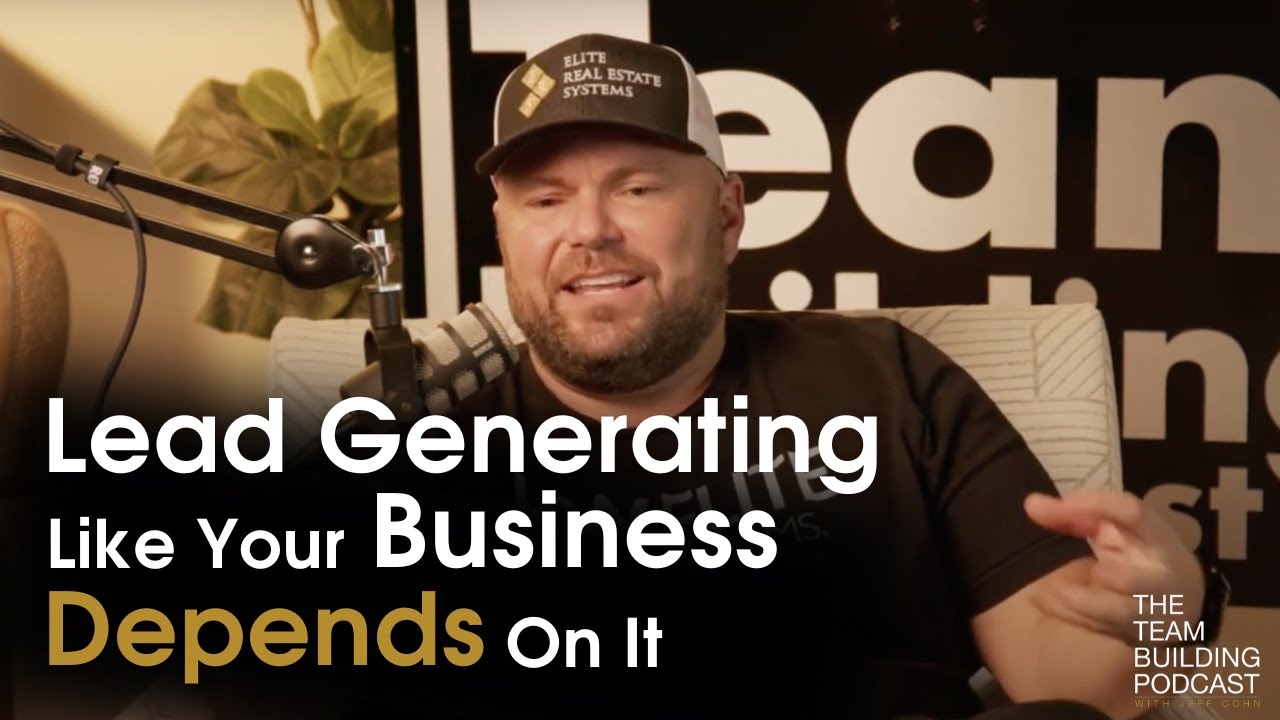 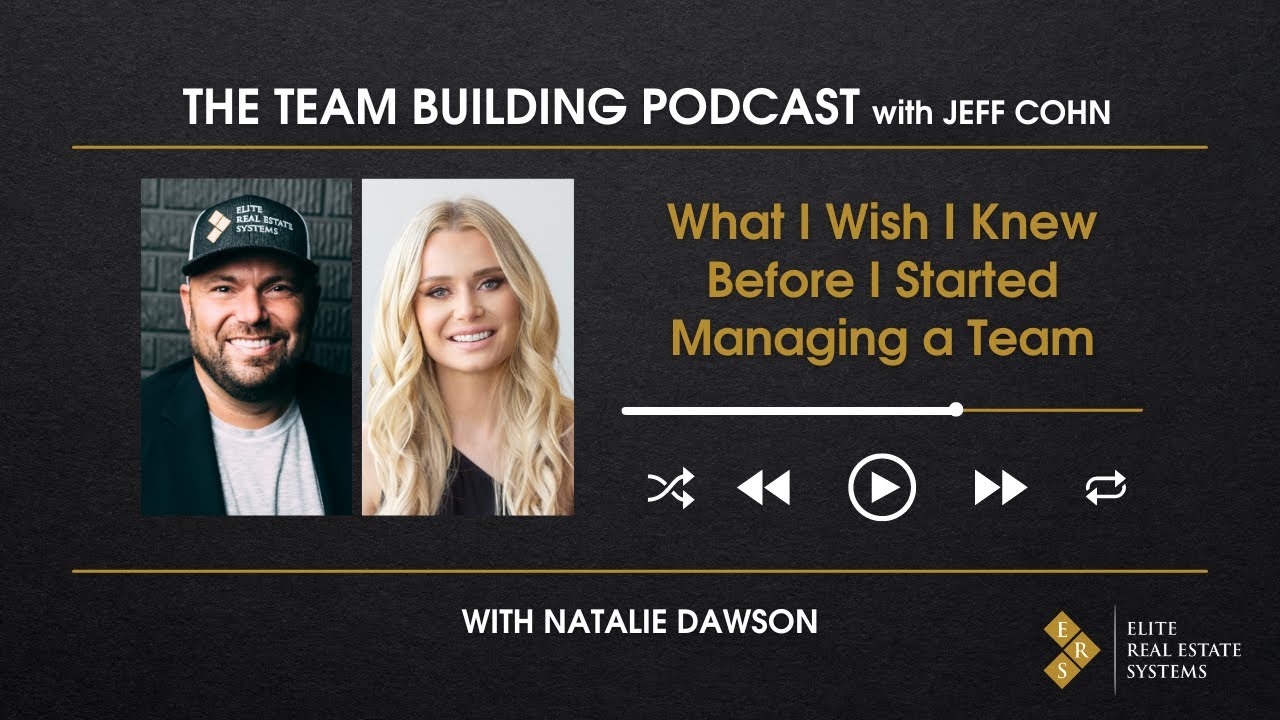 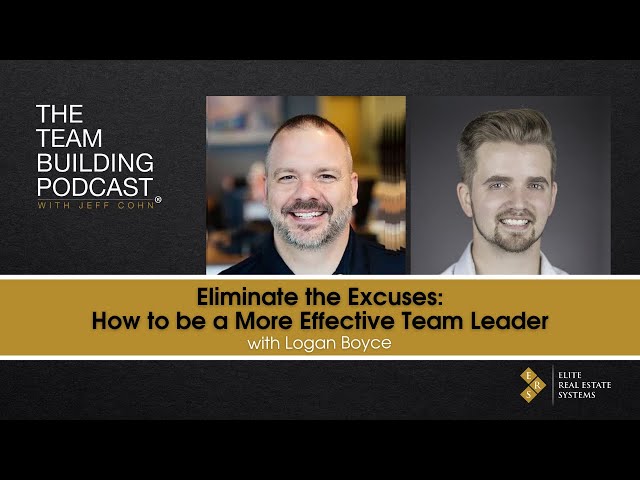